Every now and again email campaigns may get deployed to the wrong segment, with a spelling mistake or the odd price error – but not all ‘mistakes’  are as genuine as they might plead…

The fact that emails with ‘oops’ or ‘sorry’ in the subject line generally have increased open rates (ours increased by 10% when we faked a test subject line), it makes sense that marketers would try their luck by invoking curiosity in subscribers. So how do you go about telling a real ‘oops’ from a complete load of poop?

Raising their hands, Made.com recently admitted to sending out the wrong Scottish independence outcome email on purpose, although some are refusing to accept that too and that it’s a cover up for a genuine mistake. Sending out a celebration of independence discount instead of the ‘no’ vote version was verging on controversial. Not enough to seriously offend but enough to cause hundreds of tweets. We don’t mind, just let us in on your findings… (Gif credit goes to @AimeCx)

On a pleasant note, it’s nice to see brands embrace their seemingly genuine mistakes and come through on an opportunity to earn some points with their customers. This email from Fab (scoping credit: Justine Jordan) takes their mistake of sending an unfinished email and turns it into an opportunity to offer their subscribers 10% off. This could have risked a few unsubscribes if legit but what user would be able to stay annoyed at these cute fluffy fur-balls offering a discount? Not me guys, not me.

Another accidental send? This University football game results email celebrated their win, a little too early. They ended up losing 49-45 so subscribers may have got their hopes up – but not all was lost, fans were still able to take advantage of the 25% discount on hats. Hoorah! 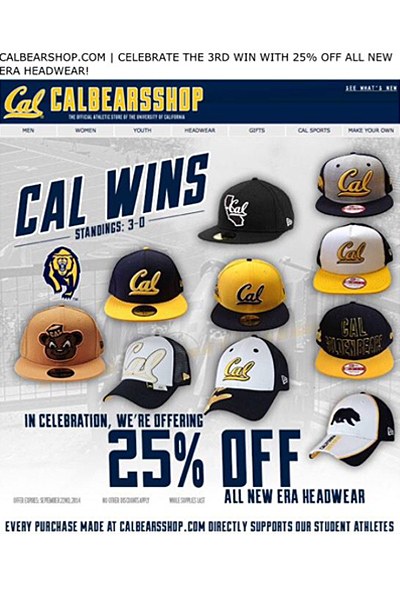 My favourite has to be this campaign where Pinterest were targeting subscribers who had collated pin boards based around weddings… assuming these users were actually getting married. Congratulating these subscribers and therefore reminding them that they “can’t even get a bf” could have been a bad move, but kudos to them for attempting such a targeted campaign. 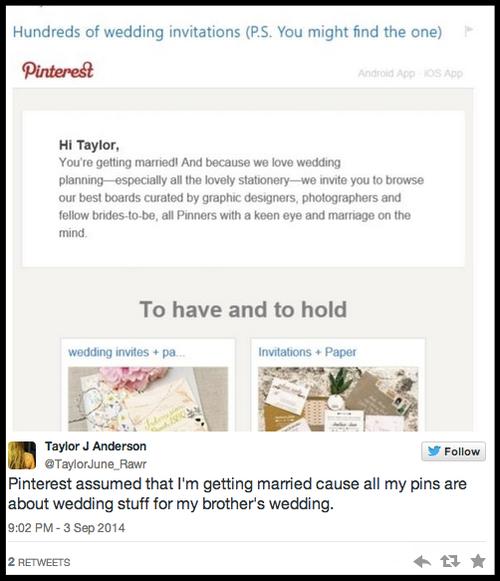 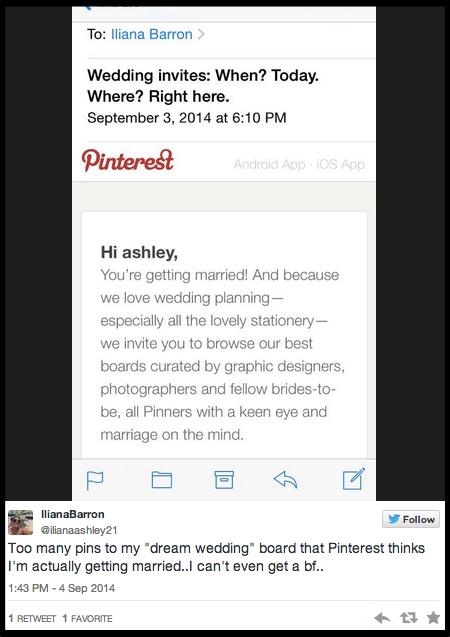 All in all, if you’re planning on faking it, aim to trigger enough of a reaction that won’t have a detrimental effect on your brand. If your not faking it, embrace your apology and make the most of the opportunity.

Just as I was looking for a bad example of ‘oops’ advertising gone viral, it just so happens that Sainsbury’s 50p challenge mishap was trending amongst our twitter friends. Pretty sure this is a genuine ‘oops’. 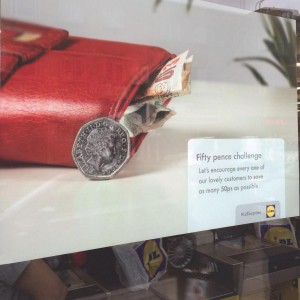 The Click Generation
Tweetable Takeaways from the Completely Email Conference