In amongst all the new macbooks and iOS 6 features at today’s WWDC keynote were a few updates to the native email client, mail.app. Of most interest to email marketers is the VIP inbox, which is a separate inbox containing only emails from people (or brands) that you ‘really want to be notified about’. It’s another step towards the ‘smart inbox’ which pre-sorts a user’s emails, although unlike Gmail’s Priority Inbox and Hotmail’s inbox, senders are starred manually by the user. 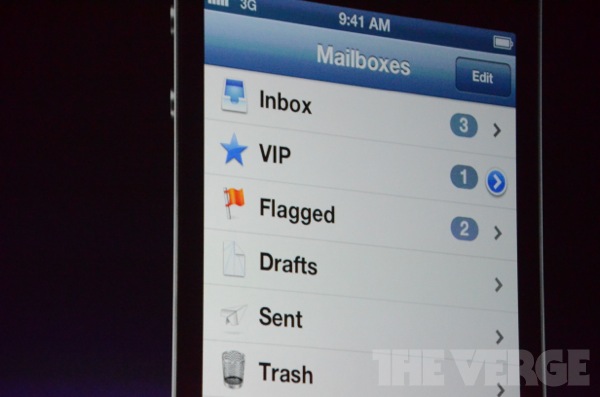 In the regular inbox emails from these users are also marked with a star: 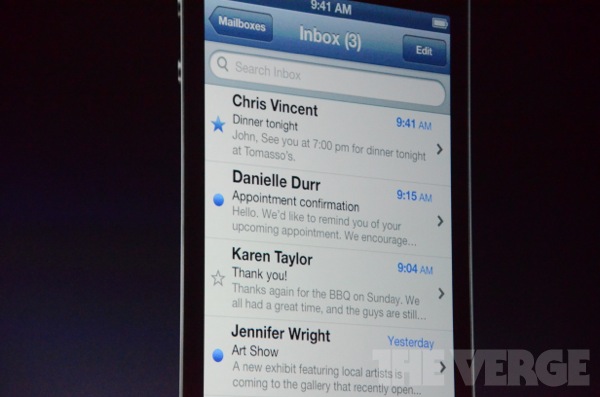 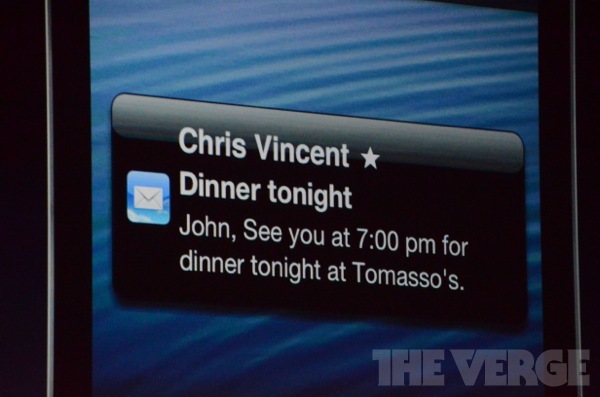 There’s also the ability to ‘flag’ an individual email, which users may or may not use to save emails they’d like to act upon later.

Elsewhere there’s the long awaited ability to have different signatures for different email accounts, and a twitter-esque pull down to update action on the inbox.

iOS6 is scheduled to be released later this year.