With Black Friday only hours away and Cyber Monday a few days away, brands may still be finalising their campaigns and gearing up for the most frenzied time of the year. As retailers compete to push the most stock and savvy customers shop to get the best deals on their christmas shopping, we take a moment to share an EDITD report and review some of the top performing retailers email campaigns from last year.

UK retailers kick start the holiday period around the same time as the US, making the most of Thanksgiving. With the top retailer John Lewis, discounting around 10,500 products compared to Zappo, discounting 15,150. High-end high street retailers get in there early while luxury UK brands roll out discounts later on in the Christmas period. 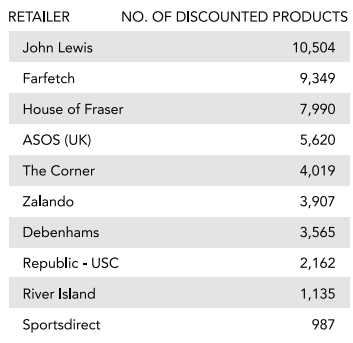 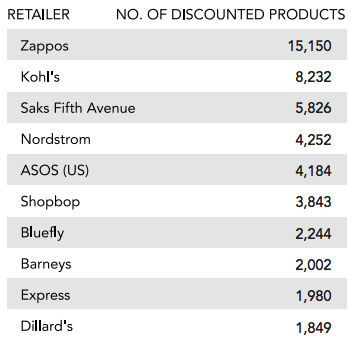 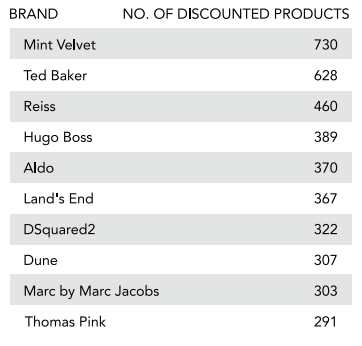 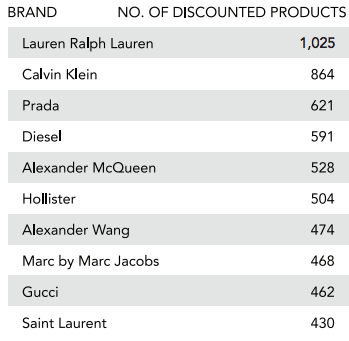 The US peak around Thanksgiving, take a rest and then increase product discounts a few days later, while the UK step up their efforts for Cyber Monday. 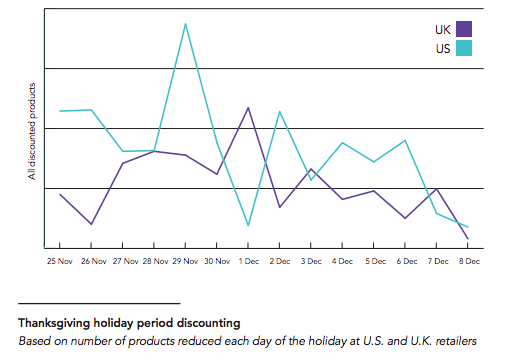 The products to push during the holiday period tend to be the ‘ideal gifts’; both UK and US discounting accessories, tops and footwear for women. By understanding what products are under represented, clever retailers can plan where to balance out discounting.

EDITD also measured retailer email campaigns sent in November 2013 promoting Black Friday, Cyber Monday or Thanksgiving deals. Below shows the total number of emails sent by top US retailers compared to how many they sent during November 2013.

After searching our inbox for examples from 2013, we found that brands had created campaigns that were full of push tactics in an attempt to drive their readers to their sites and in store. Here are some effective campaigns from US and UK retailers.

Reiss
29th November 2013
Reiss enticed you to spend over £250 in order to receive a £50 gift card. So not only were you able to splash out on your loved ones, you also were able to treat yourself at a later date ‘with love’ from Reiss.

Segmented by gender, I love the crisp product shots and the layout in the second section. Subtly signing off the email with a Reiss signature and reinforcing the main offer. The bottom nav is clear in 2 x 2, and allows the browsing subscriber to click and explore online.

Asos
1st December 2013
ASOS lead with a 24 hour flash sale. Having used language such as ‘Stop what you’re doing’, they enticed their younger, perhaps less organised, audience to do all of their Christmas shopping in one go.

Instead of a simple ‘free delivery’ banner, they opted for a helpful reminder ’18 days left’. Animated gifs surrounded the offers, giving the email a retro Christmas feel. 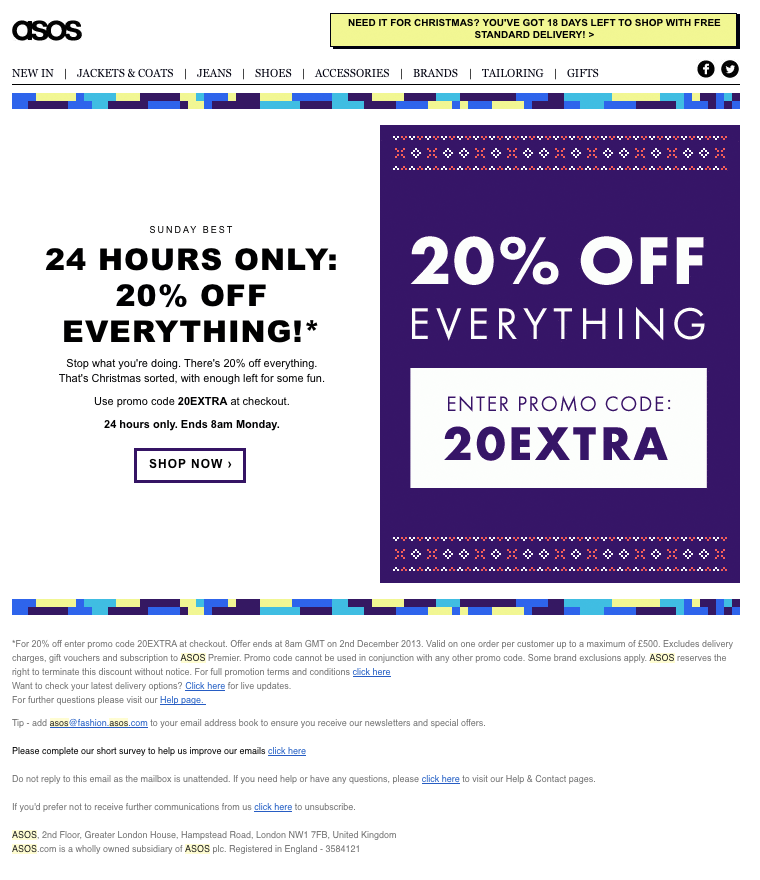 House of Fraser
27th December 2013
Although I’m not a fan of ‘one large image’ emails, this could easily work with web text. What’s more interesting is how House of Fraser cut its prices on selected brands a few days prior to Black Friday. This is becoming more of a tradition year on year with retailers. Maybe we’ll see Black Friday and Cyber Monday become ‘Black Week’ as brands compete to drop prices before the Christmas holiday.

Nordstrom
29th November 2013
Nordstrom is a US example where they lead heavily with the Black Friday hero. I like the detail in their playful messaging. The copy in places is well thought out such as ‘giftability’  being used to describe the gifting categories. In the tertiary section you also have a banner pushing the customer to leave a review in order to enter a competition. I also liked the intriguing ’see what’s happening now’ CTA.

So the count down begins to the busiest shopping weekend of the year, we have been receiving offers and ‘sneak peeks’ throughout the week. Let’s hope the internet doesn’t break Kardashian style; I’m looking forward to seeing how clever brands use this prime time. We’ll keep you posted next week.

Gmail users like cats, Outlook users like dogs
Google Inbox AMA: When will we get Responsive Design & Media Query support in Gmail?