With summer almost over, I thought I’d take a look back at some of my favourite campaigns from this summer and (slightly) beyond. First up, Virgin America.

Recognised as one of the most innovative companies of 2015, it came as no surprise to me when these little gems began to pop up in my inbox. I’ve been following these animations closely this year, even the emails with static images are awesome – but that’s for another post. 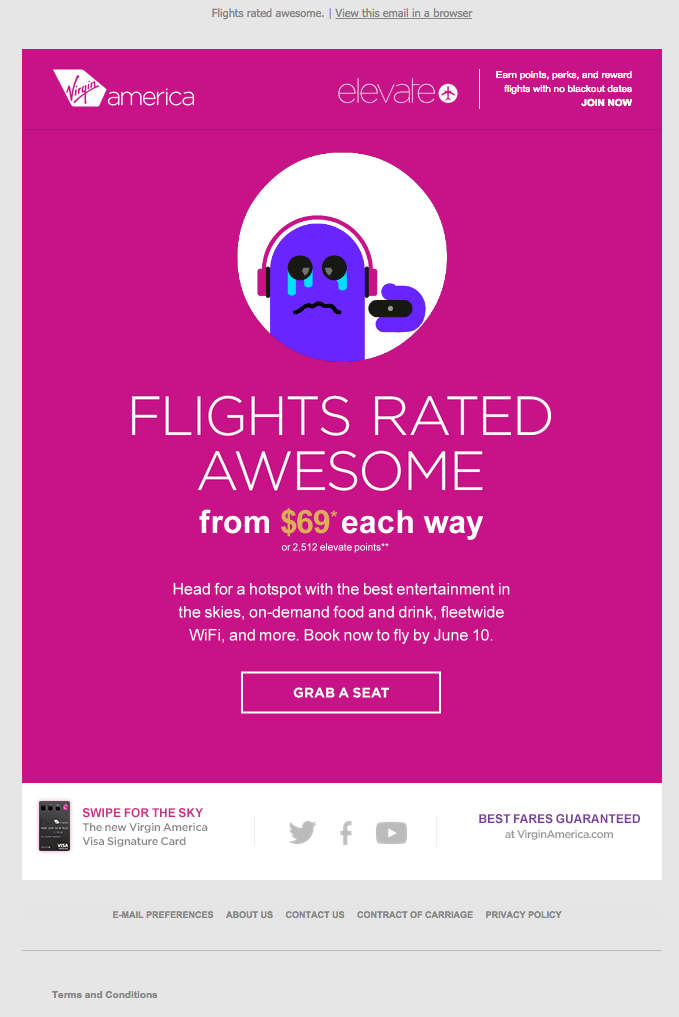 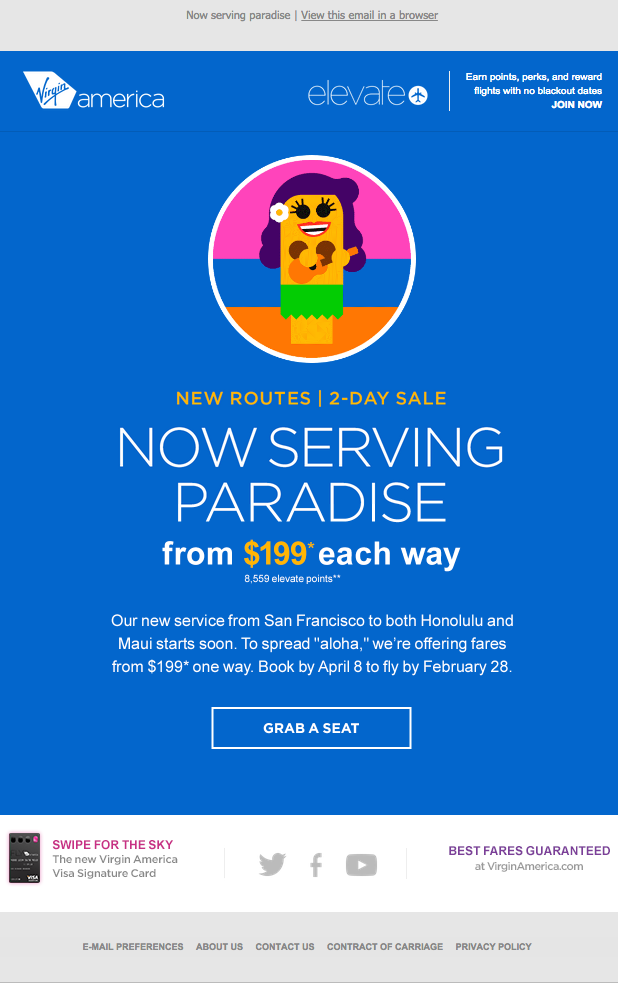 7th July 2015
Subject line: Last chance: Biggest deal of the year with fares from $38 each way 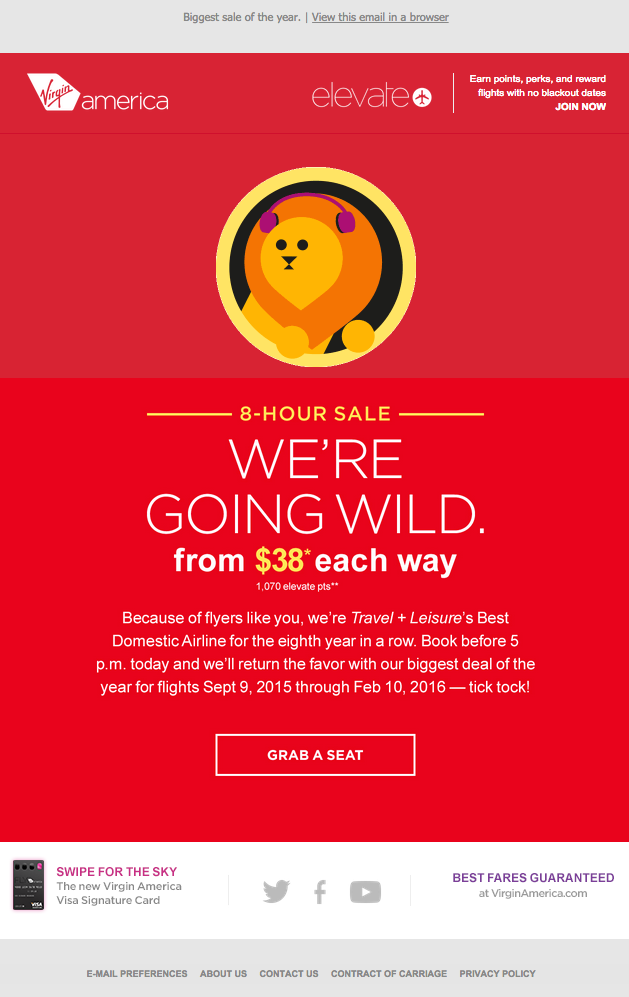 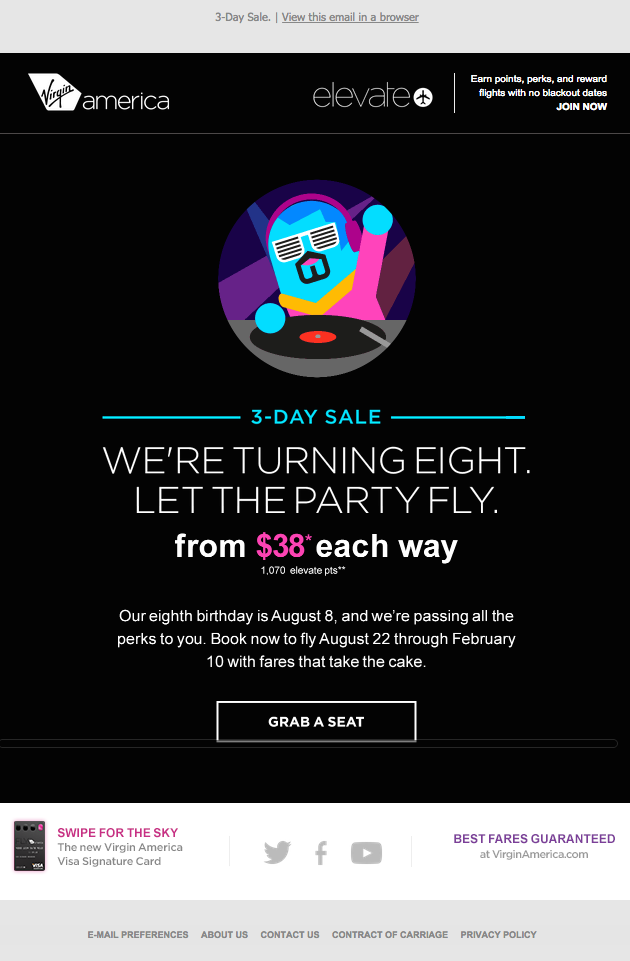