So as you’ve probably noticed, iOS 5 for iPhone, iPad and iPod Touch was released by Apple last week. One of major pieces of the update is the redesigned notifications centre, which after a week or so of use, is turning into a second inbox (for me at least).

As hardly a day goes by without a stat being released about how the iOS mail client is fast becoming the email client of choice for users, I’ve taken a look at how subject lines and pre-headers are displayed for users: 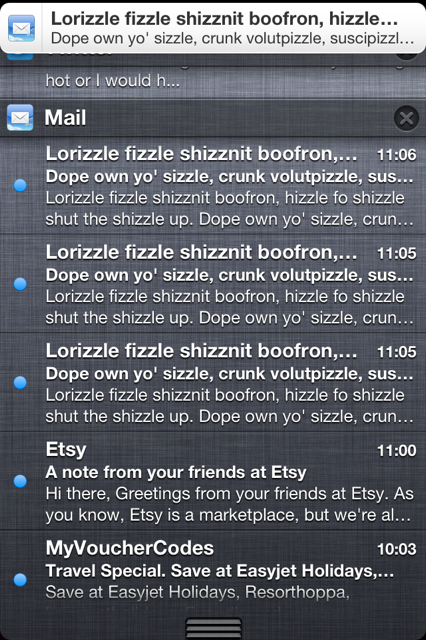 The main page here is the notification centre, which shows all of the recent events from apps that send notifications, one of which is mail. It shows the unread emails you have received since the last time you opened the mail.app, and displays the sender name, subject like and the first sentence or so from the email (aka the Pre-header). The character limits are slightly smaller for the sender name (around 30) and subject line (around 35), but the pre-header displays around 90 characters. This is the first line of text from the actual email, so it’s worth thinking about how this could work to support the subject line and sender name when displayed in this way.

The screenshot below shows a notification of an email on the home screen. It displays the sender name, subject line and pre-header, but with shorter character counts than in the notification centre. 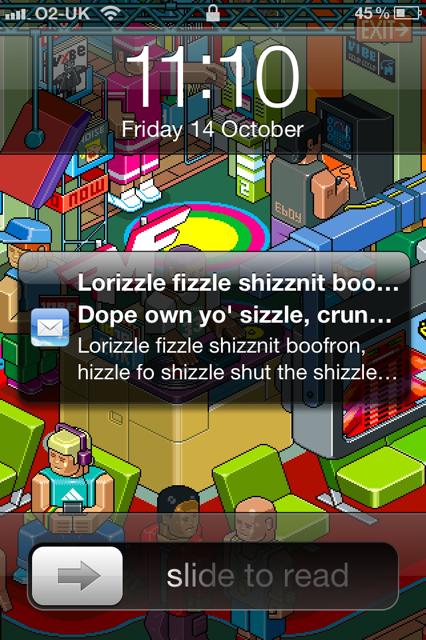 So the thing to consider here is that on mobile devices such as the iPhone, whilst new emails are displayed in a prominent location, your subject line is likely to become truncated. Therefore it’s worth thinking about how you structure subject lines (for example by using pyramid writing) and how you use the pre-header to support that.

Infographic: Email Viewing Habits 2011
How to: HTML5 Video in Email