6 times email marketing has made me want things…

…that I don’t need, in the past week. Since Monday.

Ok, so I have a bit of an online shopping problem. Especially when I get an email notification, saying ‘yo, buy all this stuff’. This happens a lot, it could be the most mundane of things or really ‘crazy-out-there’ products I didn’t even know existed. No judgement please, let’s see how far you get down this list without wanting to buy something… It’s not just me. (Whispers to self: It’s not just me. It’s not just me.)

This paper from COS:
Estimated spend: I asked around and apparently this would cost about £60 (30-50% off though, so) 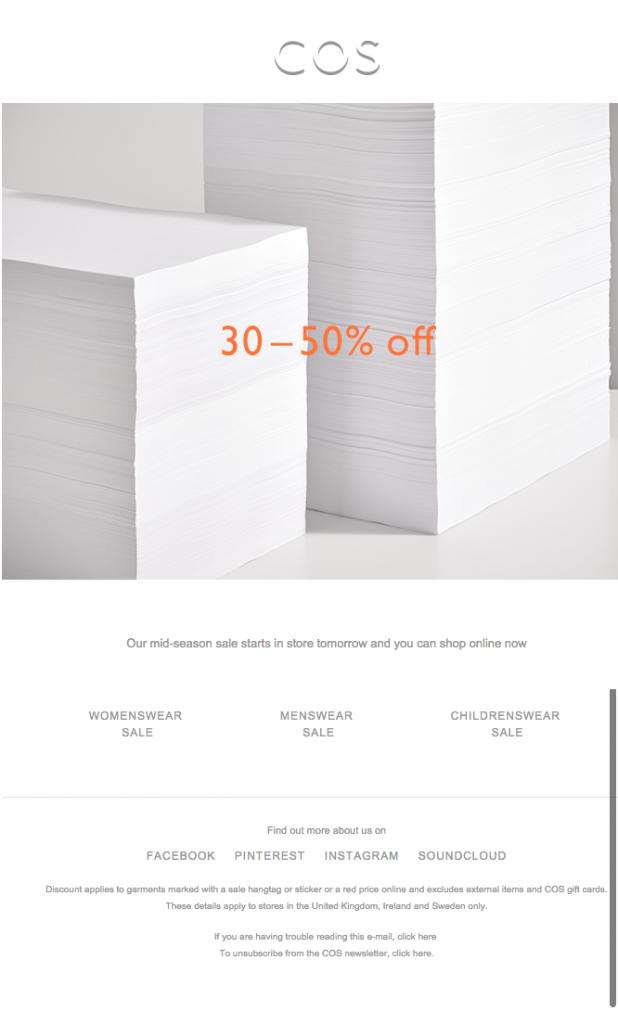 This jacket from Moss Bros (and I don’t even really need it):
Estimated spend: £149 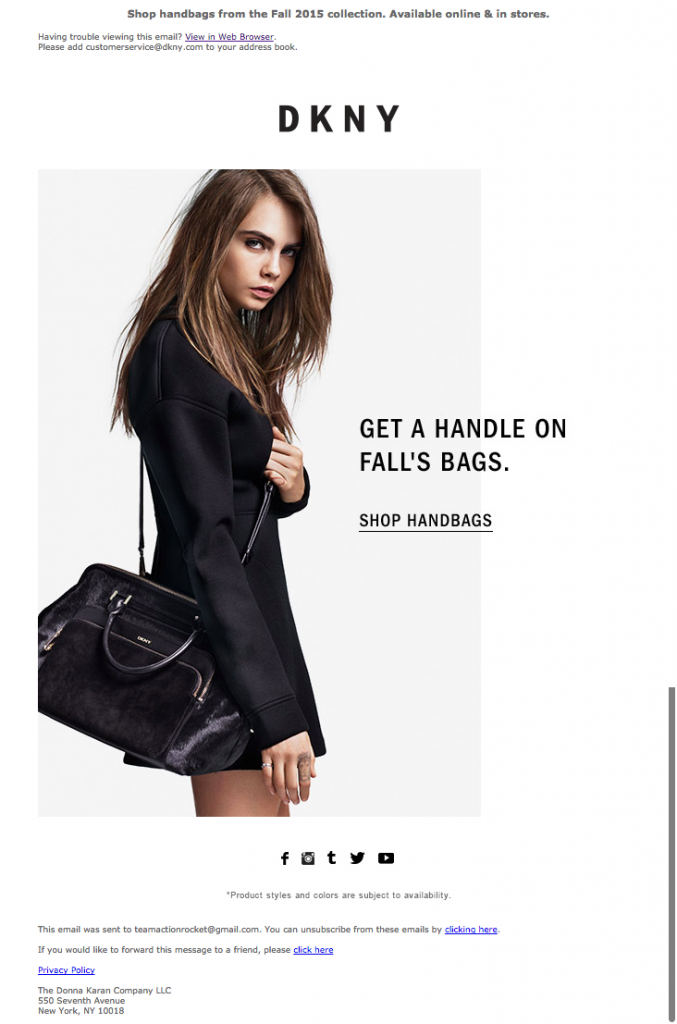 These mobile version ‘glass slippers’ (not going to lie, they’ve been on my wish list for a while now):
Estimated spend: £249

Just to wrap up, if I would have acted on every email campaign that made me want to buy something this week, I would have spent £4,318 and had a very obscure wardrobe… and it’s only Tuesday. Good effort to all responsible.

The future of the Apple Watch
#EMAILDRINKS: Easy costume ideas